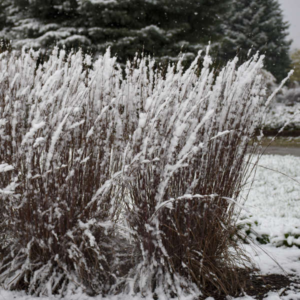 Wisconsin is known for having harsh winters. Prepare your plants ahead of time to make it through these harsh conditions. Most perennials can be cut down after the first killing frost or after several hard frosts. It is best to cut back after the frost because this will help to avoid disease and pest problems come Spring time. Remove all Hosta’s after a hard frost, including any leaves on the ground, as they can harbor slug eggs. Other perennials to cut back include bearded iris, peony, astilbe, daylily, veronica, sunflower, salvia, shasta daisy, clematis, columbine, catmint, and yarrow.

Weeding
Before the ground freezes, do a final weeding. The more weeds you can get out now, especially those that have seeds, the fewer weeds you’ll have to deal with in Spring.

Remove dead leaves
After the first frost remove any dead leaves, stems or flowers. Remove them and discard in the trash; do not compost them.

Feed Plants
Do not fertilize! Encouraging plants to grow now will not help the plant prepare for Winter. Adding compost however is good thing for soil nutrition. During this time of the year the compost slowly starts to breakdown, releasing nutrients to the plants and enriching the soil.

Mulch
Newly planted perennials can benefit from mulch. Adding a layer of mulch will give them the protection and insulation against a harsh winter. Use a mulch that does not pack down and smother your plants. Shredded leaves, wood chips, pine needles, or straw are good choices. The best time to apply winter mulch is just after the first hard frost. By putting mulch down at this time, you will help stabilize the temperature of the soil right around freezing. Applying mulch too soon may delay freezing and encourage heaving and thawing. Applying it too late may cause the roots of plants to experience temperatures below that which they can handle.

Divide perennials
Perennials that are done blooming may be divided and/or moved. Moving or dividing perennials in the autumn is a great way to reduce your work next Spring. The cool, moist weather is an ideal time for roots to reestablish before frost. Don’t divide or move plants that thrive in fall, such as asters, Russian sage and ornamental grass.
A good guideline to follow when dividing is if the plant blooms in early spring then early fall division/moving is ideal. If the plant blooms after late June, then early spring division is ideal.

Categories
Back To Top